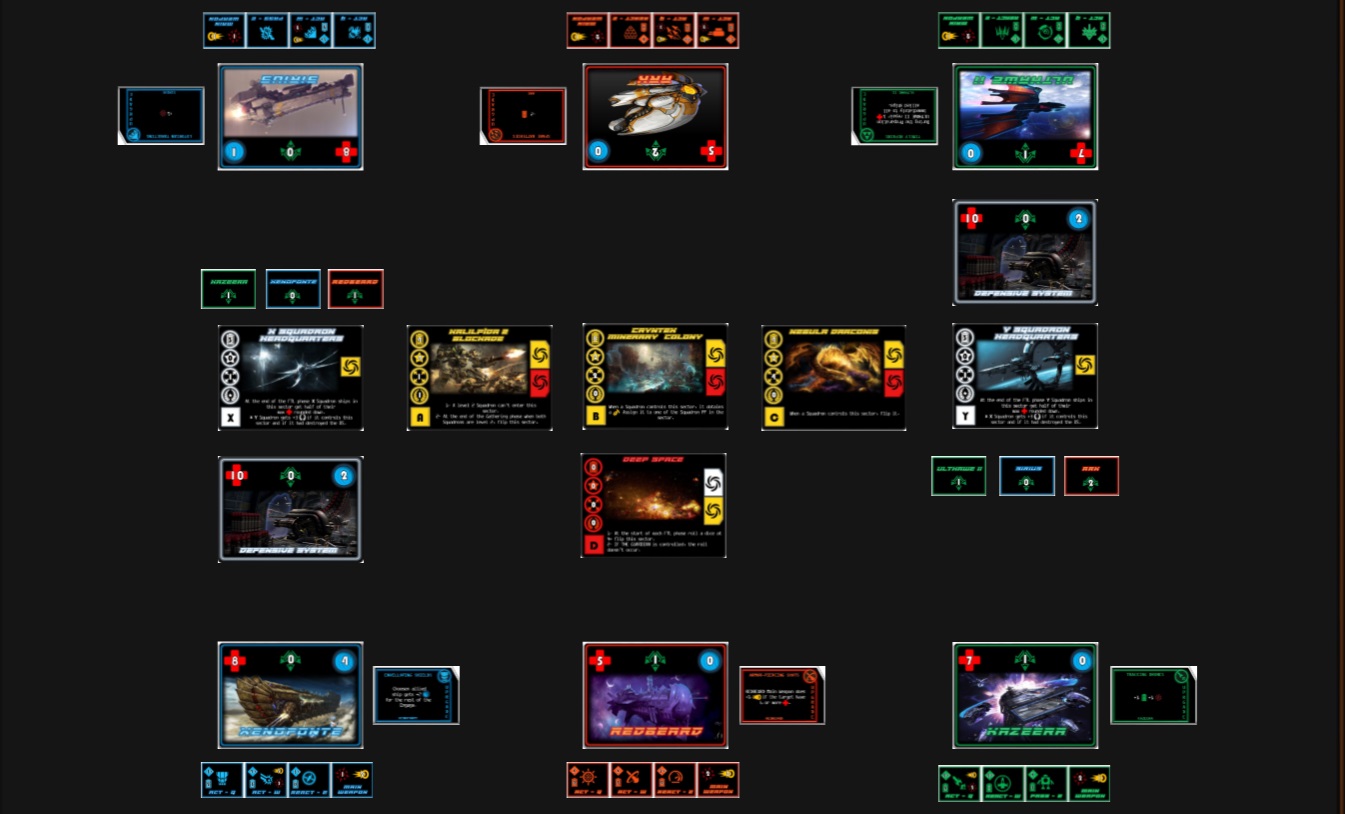 In a galaxy divided in two by competing superpowers, only few systems manage to be free from their grasp: they are known as the Forgotten Systems. Even in this officially uncontested region of space, conflict finds its home. A total war would bring utter destruction to the whole galaxy, so the two superpowers must rely on Forgotten Fighters Mercenary Companies to further their interest from the shadow.

As a Captain of one of these companies, you must hire the best Forgotten Fighters and gain control of the sectors that produce Lumen: the rarest and most precious mineral in the Galaxy.

In each game, two Captains must choose 3 Forgotten Fighters to fight on their side from a roster of twelve contained in the basic box and conduct war in one of the Forgotten System chosen by the players, that will evolve during the game.

The two Captains will move secretly and at the same time their Forgotten Fighters in the various sectors that populate the contested System making for a dynamic game full of tension.

Each Forgotten Fighter has 3 abilities and 6 upgrades from which to choose that coupled with Systems modifiers makes for hundreds of possible combinations in each given match. This variety together with the short runtime of about 30 minutes makes for a high replayable, addicting gaming experience.

The game is made with expandability in mind. New ships and new system will only increment the number of possible strategy for the player to use and while the game is presented as a 1v1 game, it can be expanded into a 2v2 system with minimal effort.

The basic idea behind this game is to recreate a MOBA (Multiplayer Online Battle Arena) feeling inside a board game. A MOBA is in fact characterized by the following systems:

“Astralis – Forgotten Fighters” is the first turn-based MOBA perfect for all gamers who want to experience the tactical depth and tension that made the MOBA genre so popular, coupled with a more relaxed experience, with reflexes out of the equation.